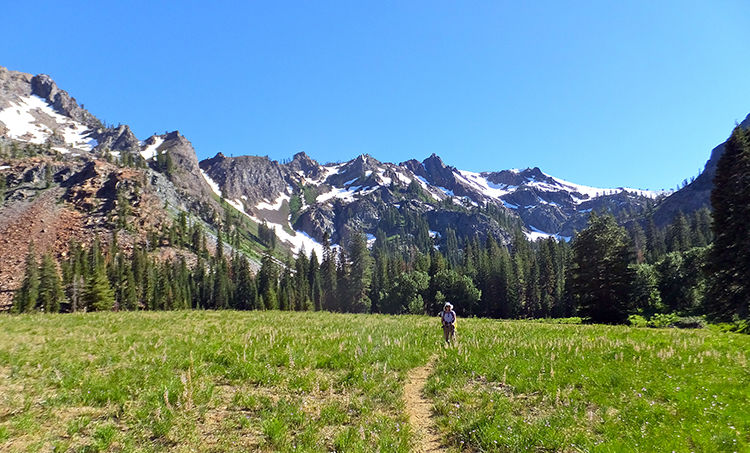 Hiking through a meadow in Bear Basin. 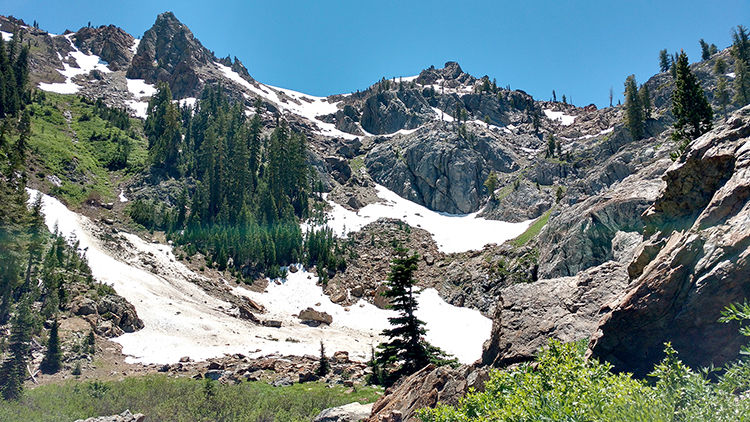 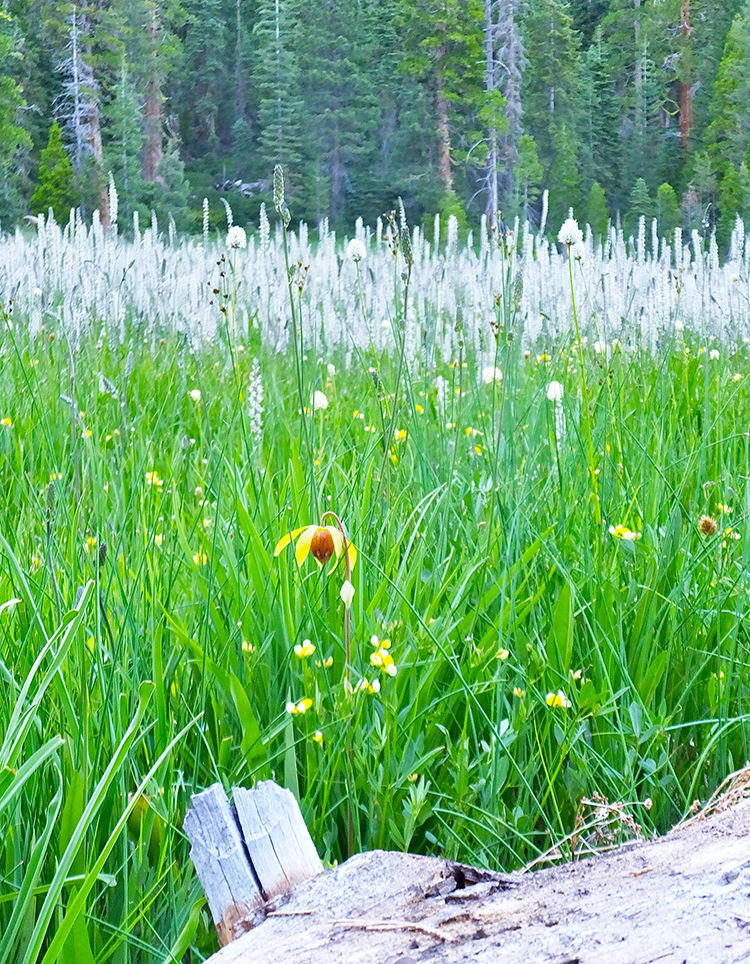 Flowery meadow by the campsite.

Hiking through a meadow in Bear Basin.

Flowery meadow by the campsite.

We were loaded for bear.

After all, we were headed into Bear Basin and there had been a report of a bear entering a backpacker’s camp looking for food there recently. We admit, that report plus a couple of fatal encounters in other states had us a little spooked. So, we invested in some bear spray before our backpack in early July.

We sometimes see bears while driving to the trailhead, but rarely in the wilderness. Shortly after turning onto the Bear Basin trail, though, just in front of us was a cute, cinnamon-colored cub. We grabbed for our cameras. The little guy took one look at us and ran. Then our brains engaged and we realized that mom was likely around, so we slowly backed away from the spot of the encounter.

And that was our one and only bear encounter on the trip. We made camp in lower Bear Basin. As the sun went down, we kept thinking we were seeing bears in the distance, only to have each one transform into a stump upon closer examination.

It was a sweet spot, with the creek on one side and a green meadow on the other, with lavender flowers seeming to float above it. We were charmed by a small bird, or maybe a pair, working their little hearts out to feed their babies living inside a stump in the campsite.

The mosquitos were not as charming, and although we never did need the bear spray, the mosquito repellant we brought along was an excellent investment. We didn’t come out of it unscathed, but it could have been a bloodbath. When it comes to mosquitos, we recommend an overwhelming show of force.

On day two, we hiked up to the ridge overlooking Black Basin, enjoying the changes in wildflowers the higher we got. Over the course of the backpack we saw azaleas, leopard lilies, larkspur, pitcher plants and Drummond’s anemones, to name a few.

The last half-mile before the ridge is steep, rocky and fully exposed to the sun. Remnants of this year’s great snowpack can be seen on the north-facing slope to the left.

On the ridge at about 7,000 feet, we found shade to rest and cool off in and took some pictures. It was the first time we have been able to capture Sawtooth Mountain and Sawtooth Ridge in the same photos. Dainty white anemone flowers and a few patches of snow announced that, yes, we were indeed up high.

On the way back to camp, there were some nice views of Mount Shasta.

In total, we hiked about 17 miles roundtrip to get to the ridge separating Bear and Black basins and back to the trailhead.

Hiking out on Sunday we crossed paths with two fellows from Lake Tahoe and Southern California who were headed for Horseshoe Lake, also accessed via the Swift Creek Trail. They’d originally planned to backpack in the Sierras but their permit was canceled due to snow. They were in disbelief, as one put it, over the freedom on these lesser-used trails where permits can be obtained en route rather than months in advance.

We have the most awesome backyard.