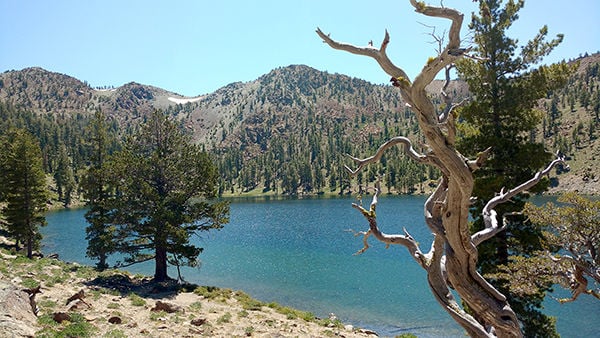 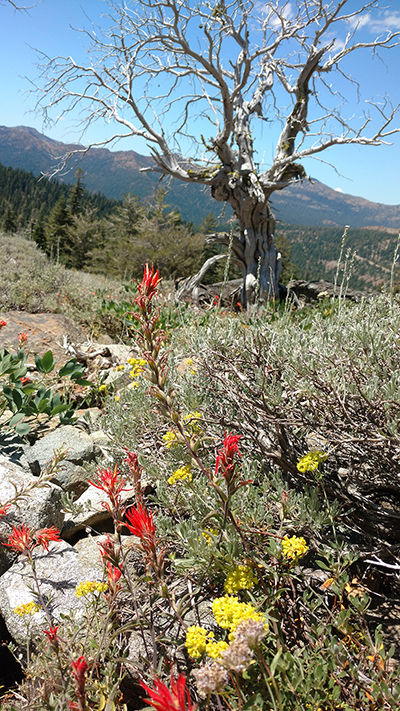 Mountain mahogany and flowers along the Parks Creek Trail to Lower Deadfall Lake. 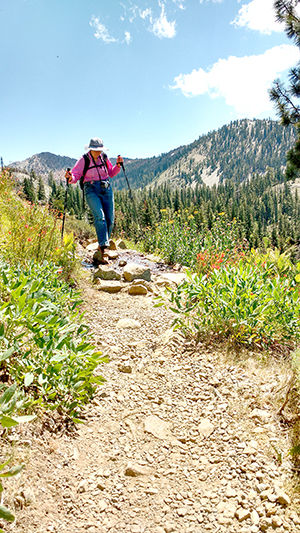 Jane on the return hike from Deadfall Lake. 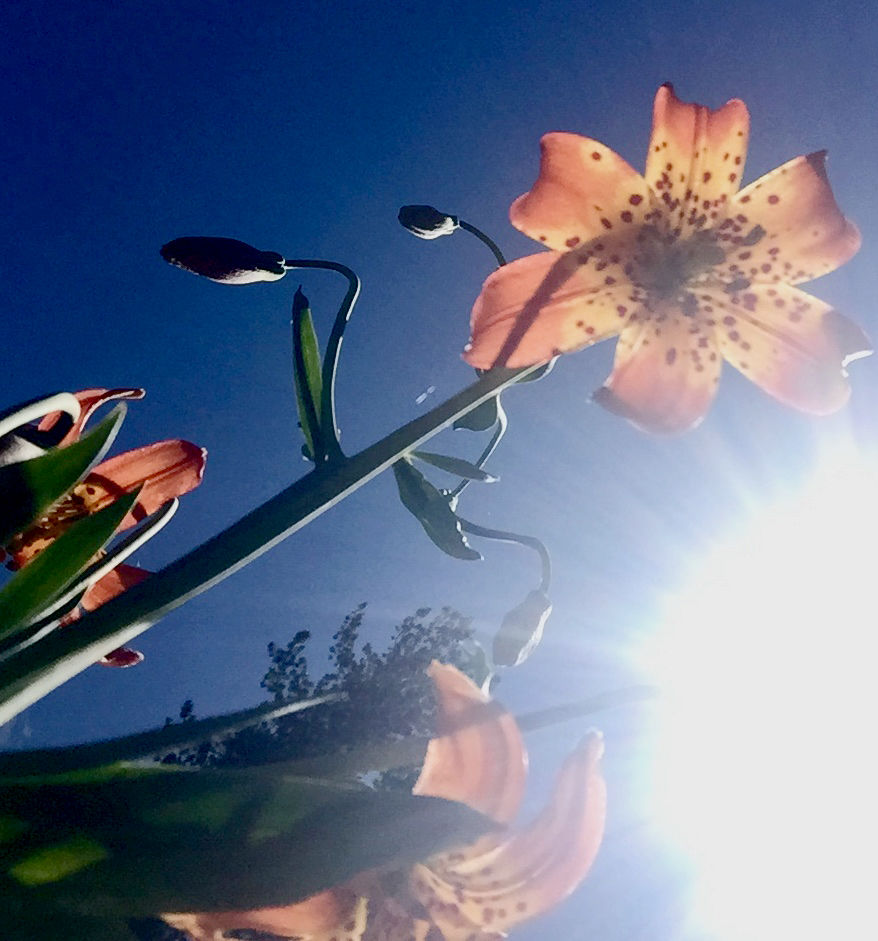 Mountain mahogany and flowers along the Parks Creek Trail to Lower Deadfall Lake.

Jane on the return hike from Deadfall Lake.

All season long we had been looking forward to a two-night backpacking trip in the Trinity Alps in early August. But, as sometimes happens, life got in the way and we three found ourselves planning a day trip. Our big question was where to hike for a day that wasn’t too rugged and where we could see lots of wildflowers.  Our intrepid trip planners chose Deadfall Lakes and that was just right.

We arrived at the Parks Creek Trailhead mid-morning and headed south on the portion of the Pacific Crest Trail that leads to the lakes. The trail is mostly level with a gentle incline that resulted in a 300-foot elevation gain by the time we got to Lower Deadfall Lake at elevation 7,300 feet.

We started out hiking in an open dry area with scattered trees, brush and wildflowers, then transitioned into a red fir forest, and then we were in off-and-on shade all along the trail. Off in the distance to the west we saw the Trinity Alps, most notably the Bear Lake Cirque.

We crossed creeks and seeps several times. Wherever there was water, the wildflowers were lush. Flax and phlox; monks-hoods and larkspur; penstemon and paintbrush; leopard lilies, western red columbine, and desert trumpet; and seep-spring monkeyflower and cinquefoil were among the denizens of the damper areas.   In the drier areas we encountered Whitney’s milk vetch, sagebrush, Mt. Eddy’s lupine (we were on the slope of Mt. Eddy, after all), and buckwheats. In the shady woods the very similar looking bog wintergreen and coral root as well as wild gooseberry and wild currant kept us company.

Since it was mid-day, most of the wildlife were out of sight and under cover. We did see juncos and heard a nuthatch and a Stellar’s jay. A chipmunk ran across the trail as we passed through the shady forest and a lizard scampered by in an open sunny area.

Two-legged wildlife were abundant. We met humans of all ages on the trail, from an infant being packed by his mom with his young sister and brothers in tow to another family group with older children to active seniors. The seven-mile round trip from the trailhead to Lower Deadfall Lake is achievable for many ages and abilities. It took us about four hours, but then we tend to dawdle and flower watch.

The return trip did go a little faster.

Jane: Let me know if I dilly-dally too much.

Cathy: It’s impossible to dilly-dally too much.

Amy: Unless you want to have time to stop for pizza.

We picked up the pace.

The weather on our hike was clear, sunny, and in the mid-eighties. A gentle breeze helped to cool us.

If you go: Take Highway 3 north of Coffee Creek 11 miles to the junction with Parks Creek Road (aka National Forest Road 17). Turn right/east on Parks Creek Road. Go 13 miles to the Parks Creek Trailhead where you’ll find ample parking, information signs, and vault toilets. Bring food, water, and sun protection.  The area is maintained by the U.S. Forest Service and the Mt. Shasta Trail Association. There is an iron ranger for donations near the information signs.