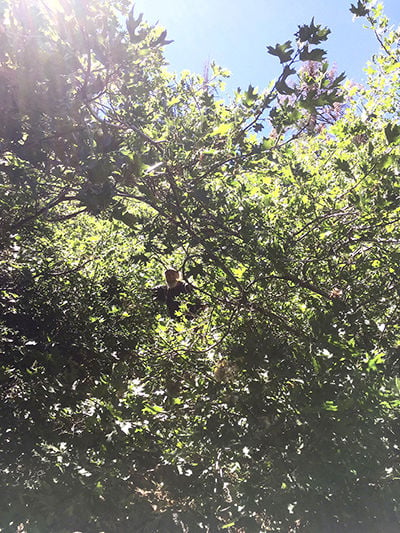 Section of the Bear Creek/Boulder Creek Trail before brushing. 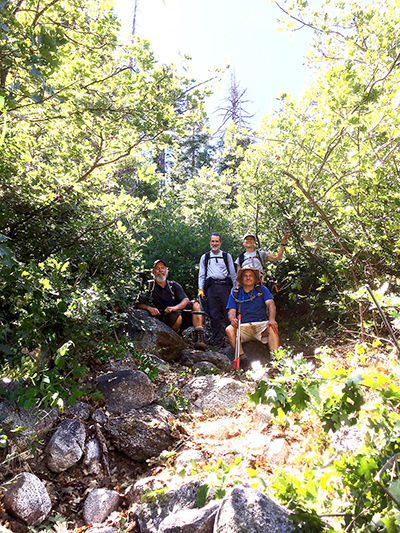 Section of the Bear Creek/Boulder Creek Trail after brushing. 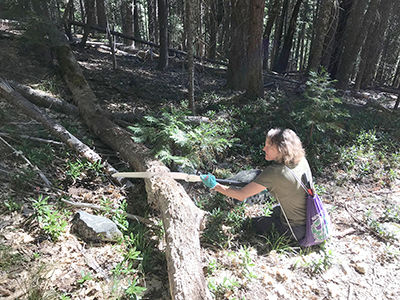 A trail volunteer saws through a downed tree.

Section of the Bear Creek/Boulder Creek Trail before brushing.

Section of the Bear Creek/Boulder Creek Trail after brushing.

A trail volunteer saws through a downed tree.

The Bear Creek/Boulder Creek trail connecting the Stuart Fork drainage with Canyon Creek in the Trinity Alps Wilderness received attention from five stalwart crew members during the weekend of July 11-14.

Most of the work was lopping the alder-laden, north-facing slope of this trail, in addition to moving 39 trail crossing logs off of the footpath. There were two large logs toward the top and two toward the bottom, plus a giant root ball, that were beyond the tool sets’ capabilities.

Other than these four large logs, the trail is in solid condition from Stuart Fork to the ridge. The crew was lucky enough to have great visibility window from the ridge which provided views of Monument Peak above Weaverville all the way to the Black Lassic, peaking out past South Fork Mountain to the southwest.

Crossing the snow-heavy flows of Stuart Fork was more challenging than first anticipated, and while members were all nervous, the whole crew rose to the stream-crossing challenge.

As fortune would have it, the crew was lucky enough to have a visit with a couple from Oakland who were celebrating their honeymoon by hiking the Bigfoot Trail, south to north, in its entirety.

Led by intrepid Bigfoot Trail volunteer coordinator Dennis Houghton, the crew also included a physics professor (who had hiked in from Siskiyou County), an international governance specialist, the director of a regional zoo and an education data analyst. Conversations on trail ranged from quantum physics to bird species to stories of Bhutan.

This author provided local historical context and some intel on the trail itself, having hiked the section a few years ago when Scott Herriott was filming “Asquatchalypse Now: A Season On and Around The Bigfoot Trail.”

The whole crew is looking forward to another adventure opportunity on The Bigfoot Trail.