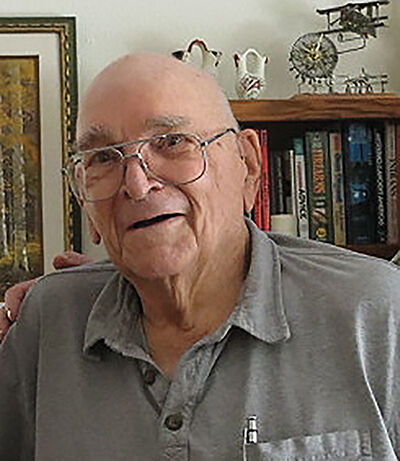 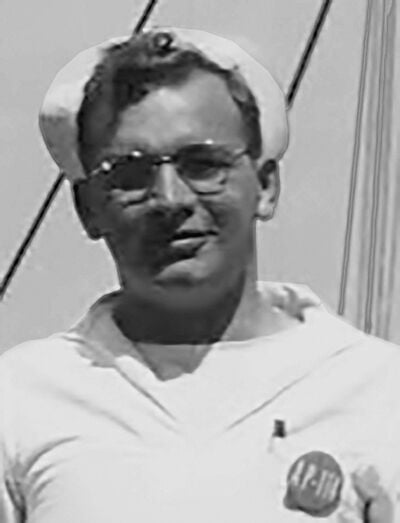 Bob is survived by his three children, Quana, Michael and Tony; and three of his grandchildren, Raymond, Bobbie and Christina. His fourth grandchild, Lora, proceeded him in death by a few months.

Bob grew up in Albuquerque, N.M., in the 1920s and ’30s. At the age of 15 he enlisted in the U.S. Marines to do his duty for World War II. Shortly before graduating basic training it was discovered that he was underage. Bob and several other underage youth were called out of formation during morning roll call and transferred to the brig until collected by their mothers and escorted home. Not to be deterred, Bob promptly enlisted in the U.S. Army, only to experience a similar fate.

Two years later, at the age of 17, and with permission from his mother, Bob legally enlisted in the U.S. Navy. He was trained as a medical corpsman and treated wounded sailors and Marines in “stateside hospitals” until being discharged at the end of the war.

In 1951 Bob was recalled into the Navy for the Korean conflict. He was promptly shipped overseas to Korea where he once again served his country as a medical corpsman until being sent home and discharged from the Navy after the armistice was signed in 1953.

In the 1960s Bob went to work for the McDonnell Douglas Corporation where he was employed as a draftsman on the Saturn V Moon Rocket program. In 1965 Bob went to work as an educator teaching shop classes and drafting, he later joined the California Department of Education and worked as an administrator until his retirement in 1991.

Bob was an avid card player and excelled at Bridge. His favorite thing in late life was having lunch and playing Bridge at the Senior Center, which he did at least twice a week.

Before his passing Bob listed “serving his country” as one of his proudest achievements in life. He was also proud of his children and admired how they each choose their own path in life.

Bob was a lifelong conservative and patriot, and until recently a proud Republican. Bob said he didn’t want any fuss made over him after he died, and in lieu of flowers or donations he requested everyone to “go and vote this SOB traitor out as president.” He actually used the longer version of SOB.

In his last weeks of life Bob stated that he has had a good life and expressed love and gratitude to everyone who has cared for him. He asks to be forgiven by anyone he may have offended.

At a date to be announced Bob’s ashes will be interned with full military honors in the VA National Cemetery in Dixon, Calif.