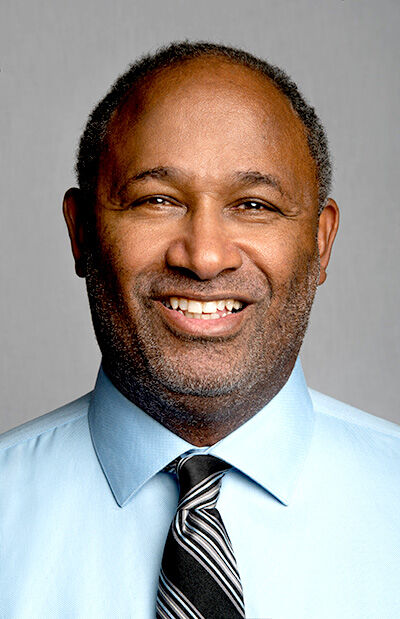 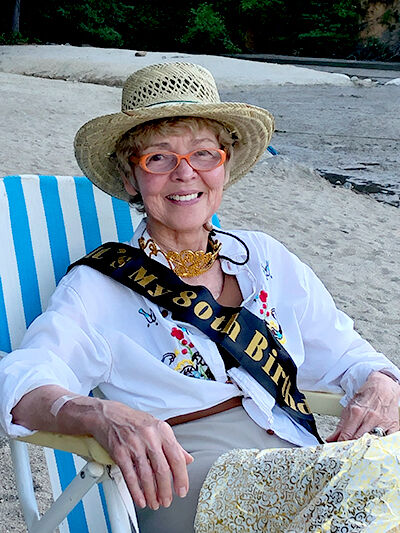 A 20-year incumbent on the Shasta College Board of Trustees representing Area E which includes all of Trinity County, Rayola B. Pratt, 80, is seeking her sixth four-year term of office in the Nov. 3 election, and she’s facing a challenger, retired California Highway Patrol Division Chief Stephen Bell, 59.

The governing board of the Shasta-Tehama-Trinity Joint Community College District is a seven-member, elected body representing major parts of the three counties: Shasta, Tehama and Trinity, and smaller portions of Lassen, Modoc and Humboldt. Area E includes all of Trinity County, a tiny portion of Modoc County and a large northwest corner of Shasta County.

Along with the main Shasta College campus on Old Oregon Trail and the Health Sciences and University Center on Market Street which are in Redding, the college also operates three remote campuses in Red Bluff, Burney and Weaverville.

Pratt took office in 1999, shortly before a bond was passed by voters that funded construction of the Trinity County campus at Arbuckle Court in Weaverville among other facility improvements.

Raised in Siskiyou County and attending Shasta College by bus from Dunsmuir when she was 18, she said she knows all about life in small towns and how difficult it can be to obtain urban services when living in more remote locations like Trinity County.

She has lived in Old Shasta for more than 50 years and lost her home in the Carr fire, an experience that emphasized the importance of Shasta College in the lives of many people, she said. She’s still there having bought the neighbor’s house that survived the fire. It was also built by her late husband Larry.

“Shasta College really became a village for a long time, providing safety for evacuees, medical care, mental care, everything to help,” she said, noting that now during the coronavirus pandemic, massive changes have been required by all staff, faculty and students adapting to campus closures and online, distance learning.

Courses involving science labs, welding, nursing, fire suppression services and agriculture still require on-site instruction so those accommodations have been made, while others have been adapted to more distance learning. The remote campuses are currently closed and the main campus is under tight security, Pratt said. Only the parking area used for COVID-19 testing by appointment is open to the public.

“Our campus security has always been good. We have two retired chiefs of police keeping it all up to date. Our students are safe. They keep an eye on everything,” she said.

Pratt said she is running for a sixth term because she is excited about programs the college is working to improve and expand, including “opening up logging again” through partnerships developed with local logging companies to prepare a future generation of logging and forest workers. She’s also a big fan of the Step-Up program providing educational opportunities for formerly incarcerated individuals and has been an advocate of programs designed specifically to assist veterans.

“A lot of Area E residents could really use some of these certificates we offer (in logging, truck driving, equipment operating, fire and medical services.) They are great for people not just looking to go to college,” she said.

Putting on her campaign hat, Pratt said she hopes to win a sixth term because she believes in the programs and believes she has the experience and local relationships to see them through to success.

“I bird-dogged this campus up here to finally get it done. I worked with the people here. I asked the hard questions and I go and see what’s gone on,” she said, adding she knows how to “work with those who can help. Even after we got the bond in 2000, it still took a lot of convincing for our board that we needed that campus here, and then we had to find the right location.”

Pratt is a retired executive director of the American Heart Association, past fundraising director of the American Cancer Society and served on the Shasta College Foundation for more than 20 years. She worked for the Carter House Natural Science Museum in Redding as project coordinator as well as for the Shasta Union High School District, Gateway Unified and Shasta Elementary school districts.

Her challenger, Stephen Bell, 59, of Shasta Lake is seeking his first elected office to represent Area E on the Board of Trustees. He said he believes these to be unprecedented times creating new challenges and unexpected circumstances that demand unconventional thinking.

Bell has lived in Shasta County since 2007 when he came as an assistant chief with the California Highway Patrol, ultimately becoming division chief in command of the entire CHP northern division’s 17 area offices including the Trinity River Area Unit before retiring in 2012 following neck surgery.

He said in an interview that his 28-year career in law enforcement gave him strong executive and emergency management experience along with strategic planning skills to bring to his candidacy for the Shasta College Board of Trustees. Not ready to retire when he did, he said he believes he has much more to contribute and turned his sights to the college Board of Trustees “because education is critically important. There is nothing it doesn’t touch. We can provide so many more opportunities for the folks of Area E for self-improvement and career advancement. I see the college as a hub for providing services the community wants and stakeholders tell us they need.”

“I’ve learned to lead, assist and follow,” he said of his law enforcement career and service on many boards, including the California Association of Highway Patrolmen Credit Union, Far Northern Regional Center, YMCA and State Council on Developmental Disabilities, a position he was appointed to by former California Gov. Jerry Brown.

If elected to the Shasta College Board of Trustees, he said he will bring extensive management experience to the role and work to create a strategic plan “that raises the bar” on services and programs offered and will “embrace the role of this board as one of joint governance and shared leadership, making every educational experience rewarding for students, faculty and the community we serve.”

He is the former owner of Bell’s Laudromat in Shasta Lake, a business he operated so his autistic son would have a sustainable source of income. Health issues forced him to sell, but while he ran the business, he also used it to sponsor a homeless lunch program and holiday dinners for homeless people in that community “to encourage and empower them and let them know they were not forgotten.”

Bell said he believes that although the Shasta College remote campus located in Weaverville is small and seems underutilized, especially during the COVID-19 pandemic, “we can overcome those challenges. It should be expanded and used more to benefit the people of Trinity County. Instead of teaching five classes there, why not 15? We have an enthusiastic partnership with the Trinity Alps Unified School District there, good Wi-Fi and parking. It seems reasonable that we look for that opportunity.”

He said he believes in full inclusion and accountability, promising to “encourage participation, giving stakeholders access to share questions, concerns, opinions and suggestions. I will attend meetings, visit campuses, and meet with students and faculty to stay informed and fully represent our college and its stakeholders. I will keep Shasta College a strong, responsive asset to the entire region, and I am quick to advocate for change when I think change is necessary.”