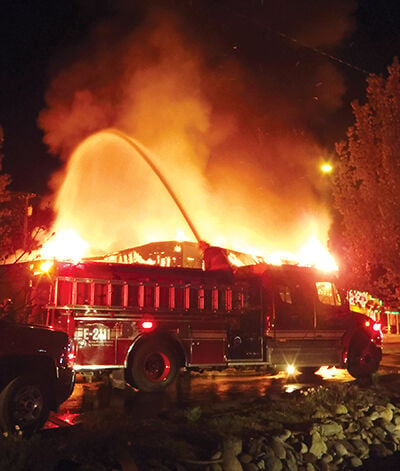 Fire consumes Round Table Pizza early Tuesday morning as Weaverville Fire Engine No. 2111 uses its water cannon to pour water on the blaze. 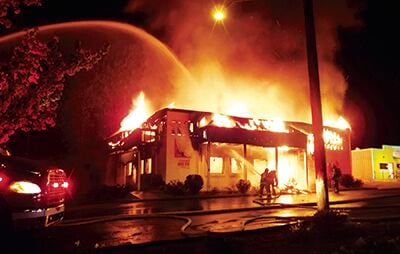 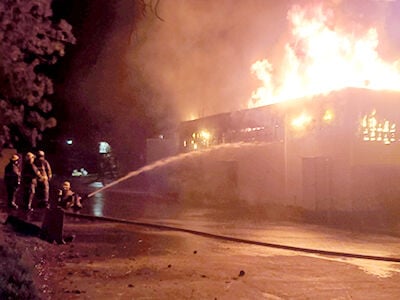 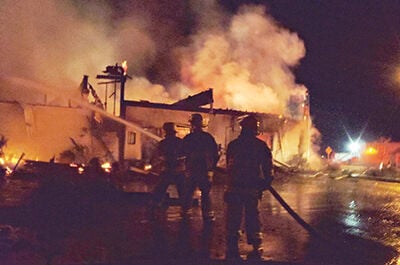 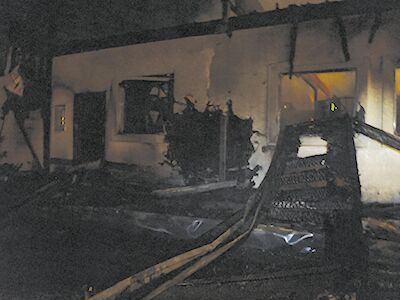 The Front of Round Table Pizza in Weaverville. 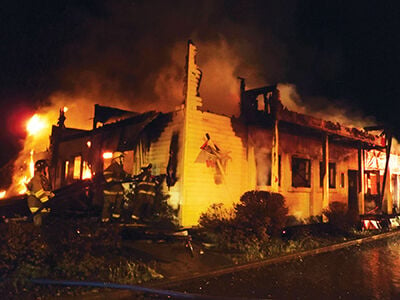 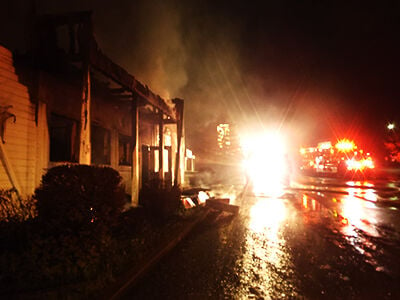 Fire consumes Round Table Pizza early Tuesday morning as Weaverville Fire Engine No. 2111 uses its water cannon to pour water on the blaze.

The Front of Round Table Pizza in Weaverville.

Fire officials are still investigating the cause of an early morning fire Tuesday that destroyed Round Table Pizza in Weaverville, less than two days after a truck punched a hole in its southeast wall. Just before 2 a.m., firefighters from Weaverville, Junction City, Douglas City and Cal Fire were dispatched to 120 Nugget Lane. Weaverville Assistant Fire Chief Henry Boorman said he was first on the scene of the fire but declined further comment as the incident is still being investigated.

Neighboring buildings were not damaged by the fire and there were no vehicles in the parking area. By about 5 a.m., firefighters were extinguishing hot spots of the building’s interior.

“All I can say is that the building is a total loss,” he said, “which anyone driving by can clearly see.”

No link has been suggested between the fire and a crash Sunday afternoon that sent a pickup truck through the wall of the building.

According to California Highway Patrol reports, Robert Hewitt, 56, of Weaverville, was parking his Ford F-150 next to the building when he accidentally pressed the accelerator instead of the brake. The truck went over the sidewalk and hit the side of the building and pushed about six feet through the wall.

According to CHP, no patrons were injured, Hewitt was wearing his seat belt and alcohol was not a factor in the crash.

There goes the best pizza parlor in Northern California. What a crying shame!