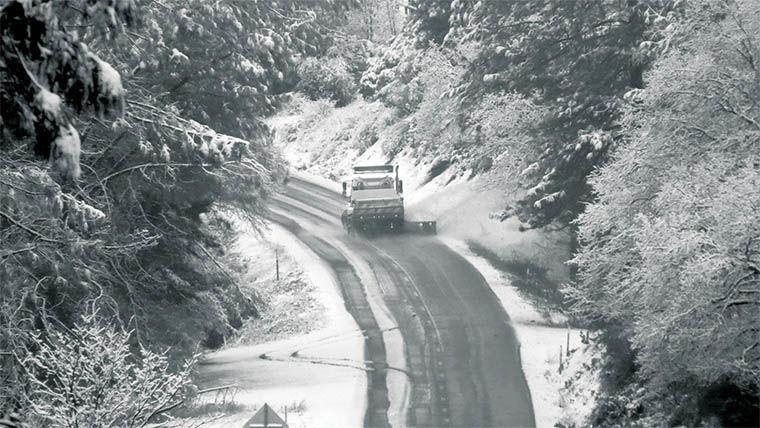 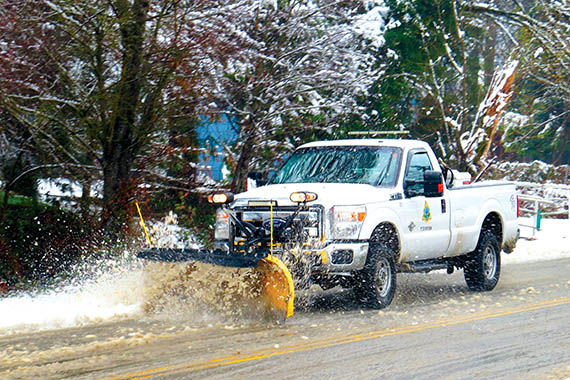 It’s safe to say that days before the last storm to hit Trinity County, some residents and motorists were wondering how it would compare to the one that hit just before Thanksgiving. It’s probably also safe to say that for all the anticipation, the latest storm was a bit of a letdown.

Originally forecast to arrive on the afternoon of Feb. 15, snow didn’t start falling until late Wednesday, early Thursday. By morning, there was enough snow to close schools and some local businesses. However, unlike the November storm, streets in downtown Weaverville were cleared in hours, thanks to warmer temperatures and less snow.

At about 12:20 p.m., the Hayfork Fire Department responded to a report that several vehicles had slid off the road on Highway 3, about eight miles from Highway 36. However, CHP Officer Thomas Frank said when units arrived, they could find no vehicles in distress at all. He said that countywide, CHP didn’t respond to a single accident where weather was a factor.

Neither Buckhorn Pass or Oregon Mountain were closed due to the storm, but chain controls were in place at 3:48 a.m., and 5 a.m., respectively. Caltrans information officer Chris Woodward said Thursday that only Scott Mountain pass on Highway 3 had been closed and remained so as of 5 p.m. Friday.

Around town, some residents brought out their small farm tractors, as county vehicles drove the streets clearing snow.

By Friday, the National Oceanic and Atmospheric Administration tallied the snow amounts around Trinity County.

“Observations are collected from a variety of sources with varying equipment and exposures,” the NOAA statement read. “Not all data listed are considered official.”

Temperatures following the storm stayed at or above freezing, allowing the remaining snow on most local roads to melt away by Friday.