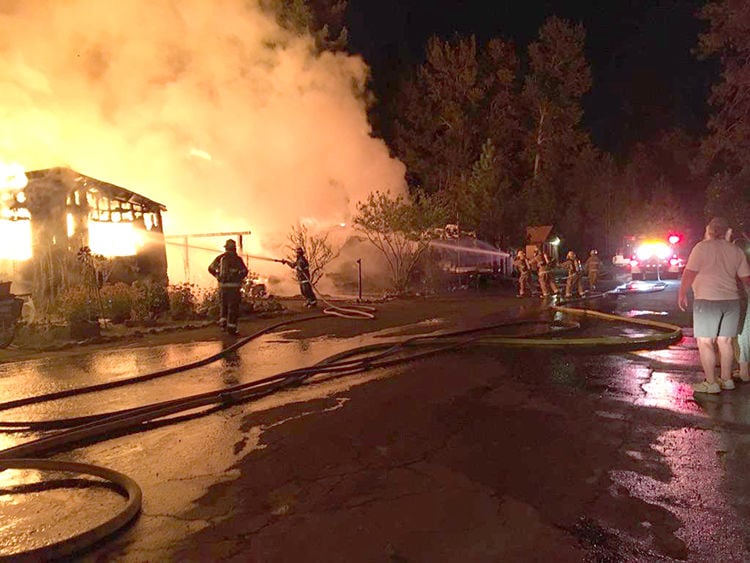 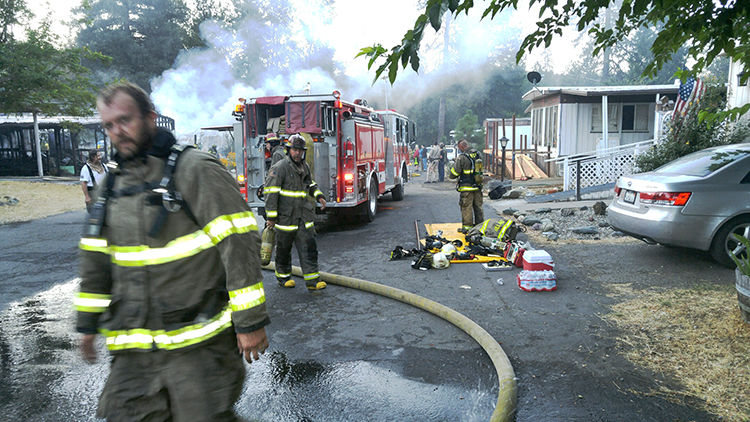 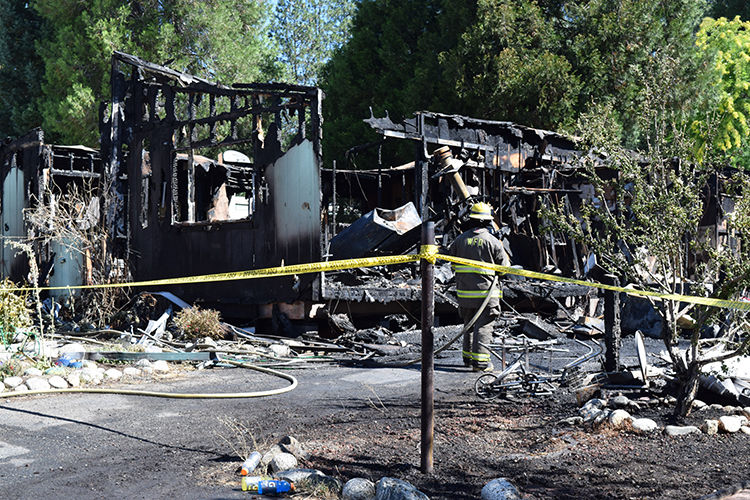 Remains of one of the homes that burned.

Rick Walton | Special to the Trinity Journal
1 of 3

Remains of one of the homes that burned.

The fire was reported at 4:30 a.m. July 16. It apparently began outside one residence and spread to a second and then a third.

With the residences close together, it was too dangerous for residents to try to fight the blaze until firefighters arrived.

“We got everybody out and away and shut off the propane,” said park Manager Rick Walton.

The park residences were evacuated, and no persons were injured. However, a pet rabbit died in the blaze and a dog is believed to have died as well.

Displaced residents were Tom and Louise Wadsworth in one home and Andre Bigham in the other. Walton believes a third mobile home reported as damaged will probably be a total loss. No one was living in it as it was in escrow, but it contained the belongings of Linda Frechin.

The cause of the fire is being investigated, said Weaverville Fire Chief Todd Corbett. A citizen report of a hissing sound followed by a boom indicates a propane leak is a possibility, he said, but that has not been confirmed.

At this point nobody knows for sure what caused the fire, Walton said.

He was very thankful for the replacement of smoke detectors throughout the park by the Red Cross less than a month ago.

“The brand-new smoke detectors woke the Wadsworths,” he said. “That’s what got them out of bed.”

The couple were not able to rescue one of their dogs. However, there is a slim chance it ran from the fire. It’s a black and white Queensland Heeler named Oreo.

The Red Cross is assisting the displaced residents as needed, and a GoFundMe account has been set up for the Wadsworths.

minor detail, photo credit: It's Kathy Ratliff, with a K.