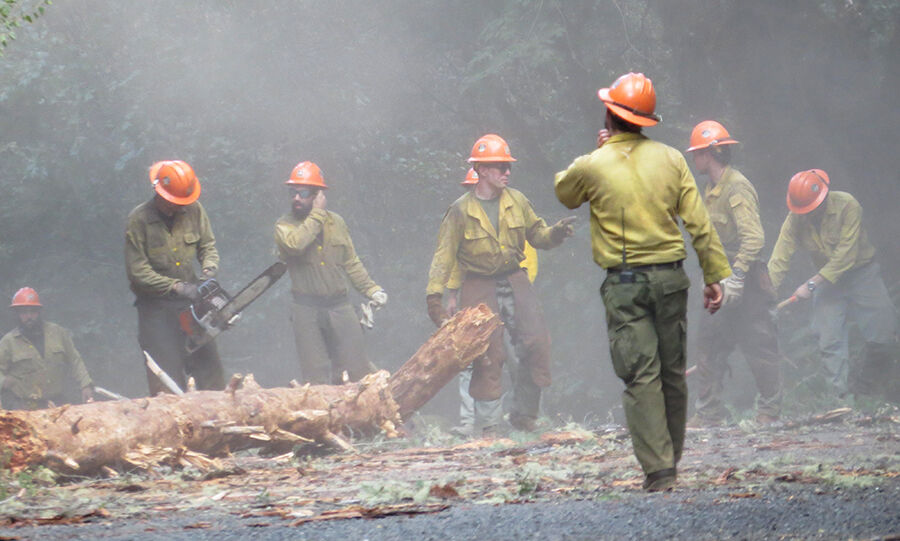 A Hot Shot crew removes a downed tree and debris from the path of the Hobo fire near Helena. 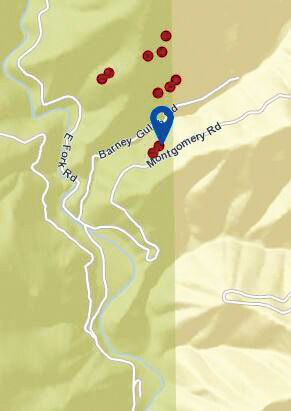 A Hot Shot crew removes a downed tree and debris from the path of the Hobo fire near Helena.

Firefighters are working to get lines around the Hobo fire today, as high temperatures remain in the 100-degree range.

Incident Commander Tim Ritchey with the U.S. Forest Service said the fire had stayed in its current footprint, for the most part, and that some control lines should be complete this morning where the fire is advancing. The National Wildfire Coordinating Group map shows new fire spots forming along the northwest edge of the fire.

According to the NWCG Inciweb information site, the 450-acre fire is estimated to be about 10 percent contained. Junction City lies five to seven miles southeast of the fire.

The National Weather Service predicts high temperatures near Junction City to stay around the 100-degree mark until the weekend when it’s expected to get even hotter.

Richey said a hand crew was added to the already long list of departments and equipment fighting the fire.

One firefighter was injured yesterday, but Ritchey said he was treated and released from the hospital.

At latest report, the Hobo fire north of Helena has grown to more than 400 acres and remains at 10 percent containment. Incident Commander Tim Ritchey with the U.S. Forest Service said an inversion over the area has resulted in less aircraft being used to fight the fire.

“It’s pretty typical,” he said of wildland fires. “It limits the growth of the fire but also hampers our use of aircraft, so it’s a double-edged sword.”

On the ground are five hand crews, 10 Forest Service engines, a water tender and fire engine from Junction City, and miscellaneous contracted fire companies, Ritchey said, noting than an engine from Weaverville Fire donated an engine yesterday. He said most of the contracted engines are the smaller, Type 6 engines.

Ritchey said the cause is under investigation even though the cause was listed as human. He explained that “human” is a sort of general term which could mean anything from arson, to accidents to trees contacting power lines. It serves as a bookmark until a cause is determined or confirmed.

He said that while the fire itself is typical of those burning in Northern California mountains, the resources are getting thin.

“The biggest issue we have is with the magnitude of fires in California. It makes it hard to get resources,” he said. “In Northern California, the focus has been on new fires and knocking them down early.”

The fire area is about five miles from the Helena turnoff on Highway 299 and about seven miles from Junction City.

The National Weather Service predicts high temperatures near Junction City to stay around the 100 degree mark until Friday when it’s expected to get even hotter.