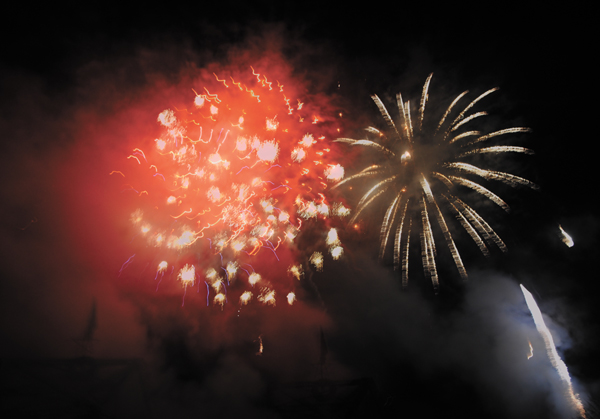 Fireworks soar high above the Lewiston Bridge as part of the annual Bridge Lighting and Fireworks ceremony Saturday evening, Nov. 24 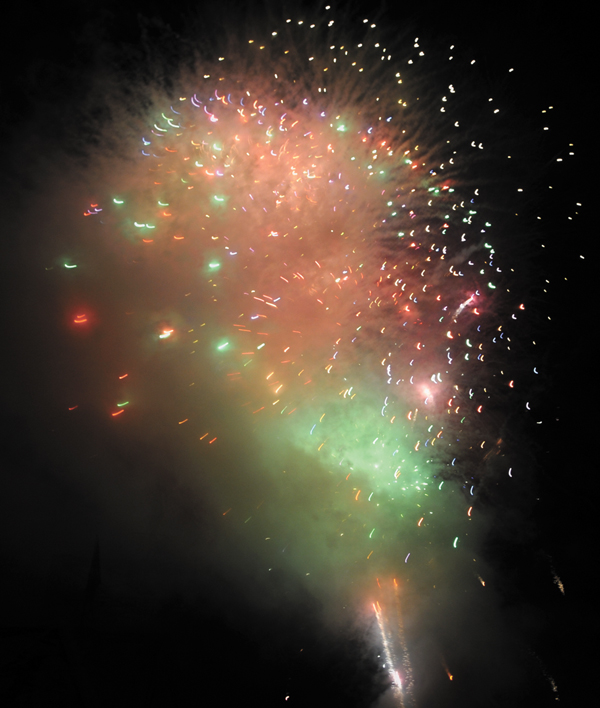 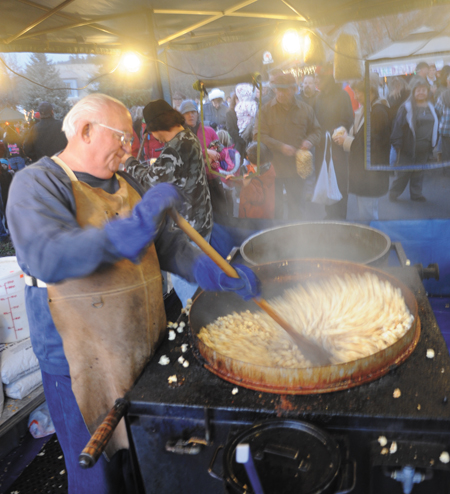 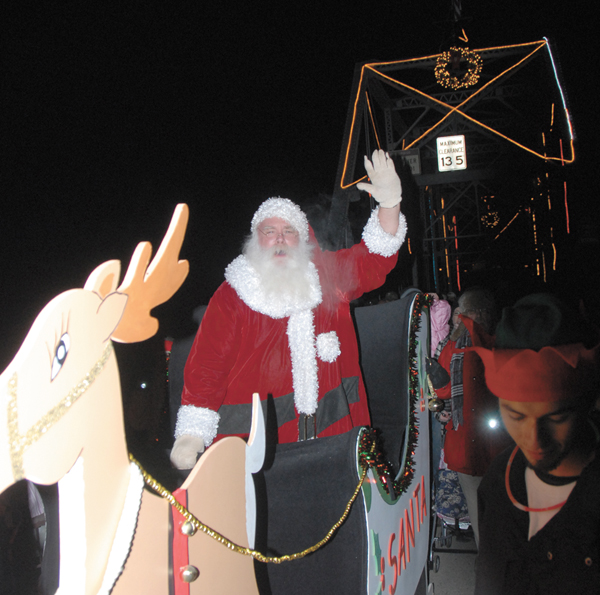 Fireworks soar high above the Lewiston Bridge as part of the annual Bridge Lighting and Fireworks ceremony Saturday evening, Nov. 24

It was chilly but beautiful weather for the Lewiston Bridge Lighting and Fireworks Saturday, Nov. 24. Perhaps the largest crowd ever assembled came together for three hours of meeting Santa, munching on terrific tri-tip sandwiches at the Moose Family Center, delicious hot dogs in front of the Country Peddler or enjoying free cotton candy. Also available was hot apple cider, hot chocolate, fresh baked potatoes, chili and kettle corn. All the food vendors sold out.

There were plenty of smiles as people purchased from the craft vendors, located outside near the bridge and inside the Lewiston Dance Hall. Visitors to the event could buy warm sweaters, hats, scarves, scented candles, handmade napkins, gift items, homemade pine candles, local honey, sets of giant lollypops and more.

More than 300 children visited Santa who greeted them from 3 to 5 p.m., and from 6 to 7:30 p.m. on the stage at the dance hall. The stage was decorated beautifully with sparkling trees and more under the guidance of Carol Gustine. Santa was busy crossing the old bridge right after the fireworks, ho-ho-hoing as he came through the crowd in his sleigh made by Terry Gustine and driven by Doug Rechel.

The fireworks were by Pyro Spectaculars North. This was the second year that Pyro did the fireworks, set off by a local crew under the watchful eyes of Steve Rhodes. They were awesome, with some new thrills and a surprise mid-finale, then even more fireworks before the final finale! The crowd roared its approval following the last boom and sparkle.

This annual event, which started more than 25 years ago, with the fireworks added about 15 years ago, is put on with donations. It costs $5,000-plus to make it happen. With $4,000 going for the fireworks, and the rest to cover Porta-Potties, insurance, new bridge lights, banners, sign and cone rental, and other necessities, the sponsors are key in making this event happen.

Thanks and grateful appreciation go to Ed Suda of Fabtron Inc., Kristel and Ernie Bell of One Maple Winery, Leslie and Shane Miyamoto of the Lewiston Mini-Mart, Neal Weiner of the Lewiston Animal Clinic, the Moose Family Center Lodge No. 1850 and Chapter 1474, and Kerry Wagner who donated the use of his restaurant and dance hall for helping this event.

The money pays for the event, but without the help from members of the community, it would never go on. These are the “Elves & Angles” who put their hearts and souls into making the Lewiston Bridge Lighting & Fireworks so special: Terry and Carol Gustine, Sandy and Doug Rechel, Joyce and Gerry Wilhite, Dave Orellana, Mel Deardorff, members of the Lewiston Sparkies, Carolyn Rhody, Kristen Barnes, George Bates, Mary Nixon, Jimmy, and Katie Quinn. Please forgive any omissions.