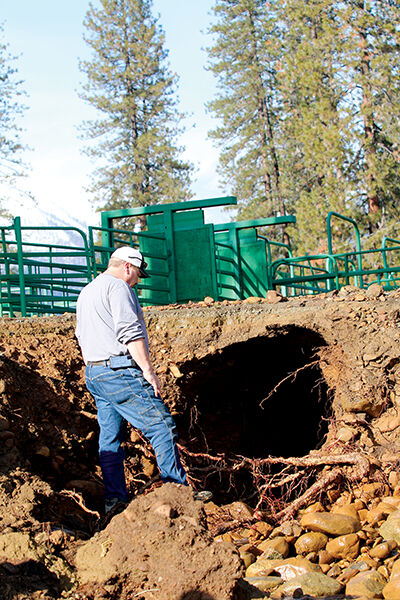 A Weaverville CSD worker examines the hole left from flooding, the result of a boken pipe, near Lowden Park on Tuesday afternoon. 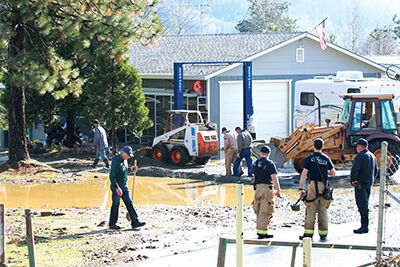 Emergency workers divert water from a home on Park Avenue.

A Weaverville CSD worker examines the hole left from flooding, the result of a boken pipe, near Lowden Park on Tuesday afternoon.

Emergency workers divert water from a home on Park Avenue.

Weaverville Community Service District got some help from Weaverville Fire Department, Cal Fire and others Tuesday afternoon when a water main broke near Lowden Park and began to flood nearby homes. Sometime after noon water started gushing from the ground next to the rodeo grounds and flowing down Park Avenue.

The Sheriff’s Office reported the leak to the Community Services District and general manager Tim Kasper. Homes along the west side of the street started to take water into their garages and yards before the water was turned off above the leak.

The leak left a culvert-sized crater below the gravel road south of the rodeo grounds. It’s not yet known what caused the break and Weaverville CSD personnel were investigating as of press time.

According to WCSD, water was expected to be shut off for about four hours to area residents while repairs were made.