In 1967, the Ace of Cups performed at free concerts in Golden Gate Park during the city’s Summer of Love; on Saturday night, July 6, 2019, they played together once again at Lee Fong Park in Weaverville. The crowd, young and old, enjoyed every note.

The five band members -- Denise Kaufman, Mary Simpson, Diane Vitalich, Mary Gannon and Marla Hunt --  released a double album last November that contains a combination of rock, folk and blues. There are 21 tracks including some old tunes as they were performed in the ’60s, and some that have undergone major revisions by Simpson-Mercy and Denise Kaufman who co-wrote much of their work. It includes musical contributions from some old friends: Bob Weir, Taj Mahal and Buffy St. Marie.

A second, two-disk album is in the works for release early next year, and the band is touring with several future performances scheduled on the West Coast, including a return to its roots at Golden Gate Park in San Francisco and a sold-out August gig at the Fillmore with Jason Mraz.

The band’s newfound success has taken Trinity County local Mary Simpson-Mercy (in yellow blouse) away from home a lot, and she said it would not be possible without the support of her husband, Robert.

“He is super supportive. He was in the acting business with MGM, and he certainly knows how often opportunities come along, or don’t,” she said, adding it was a big risk for her to retire from her job when she did to follow the path that Ace of Cups has taken, but she couldn’t be happier with where it’s led for however long it lasts. 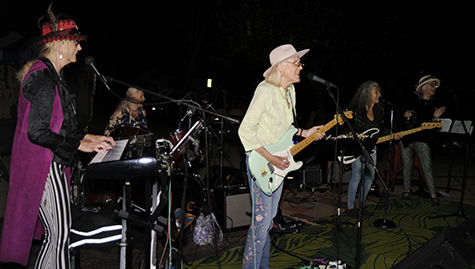 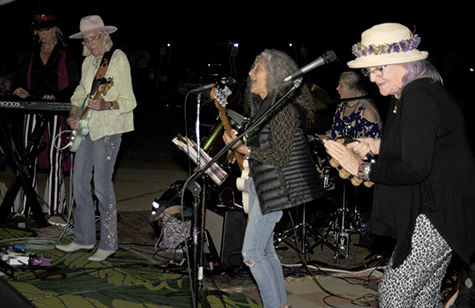 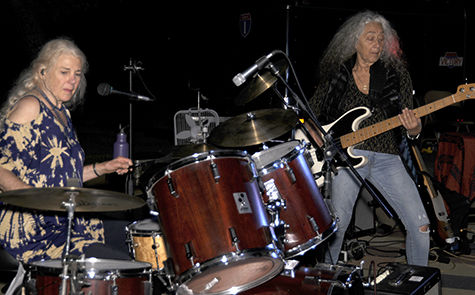 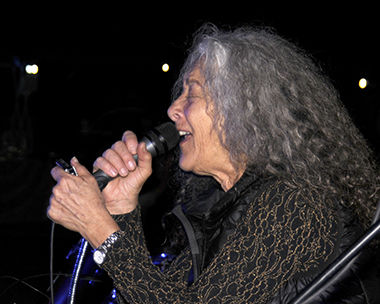 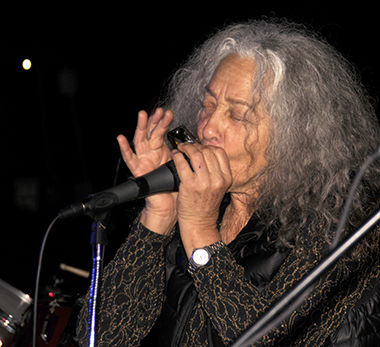 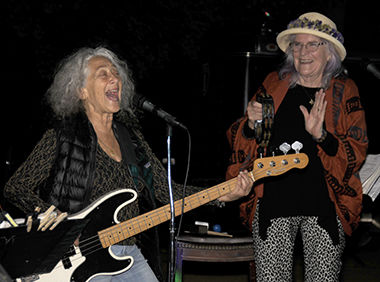 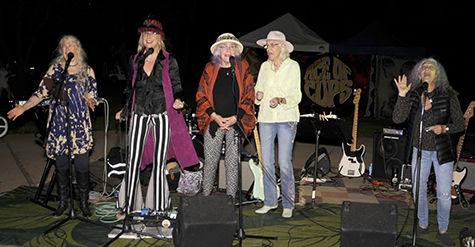 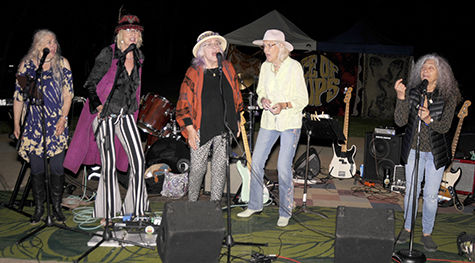