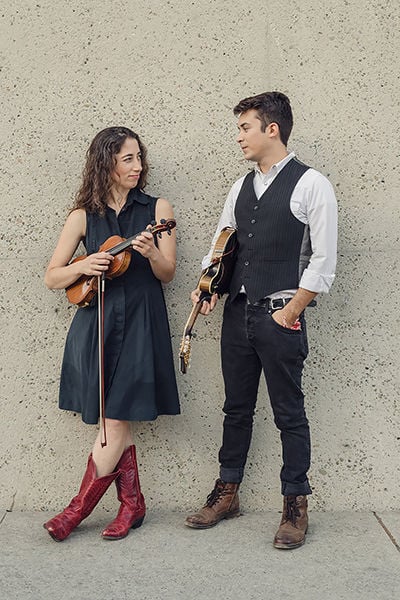 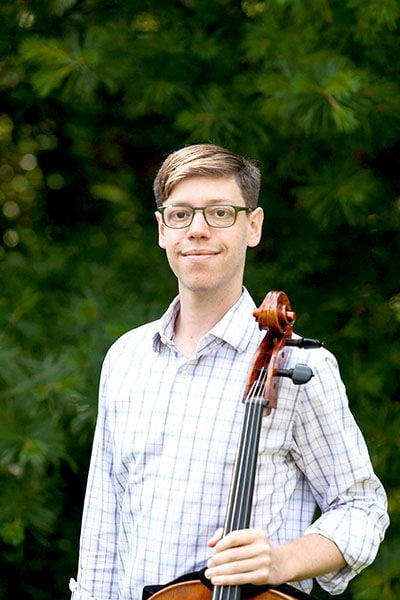 The Trinity Alps Chamber Music Festival will present its seventh Digital Concert on the Zoom video meeting platform at 5 p.m. PDT Saturday, June 27. This program is called “Classical Crossovers” and will feature performances by classically trained musicians of music that merges different genres, including rock, bluegrass and jazz.

The concerts will be hosted by festival director Ian Scarfe, and feature interviews with musicians, musical performances, and a live Q&A session.

The June 27 program will begin by featuring cellist Eric Moore performing live from his home in Petaluma, Calif. Moore graduated from the University of Michigan as a triple major, with undergraduate degrees in Cello Performance, Music Theory, and Music History. He has performed with more than a dozen orchestras and at age 23 he became principal cellist of La Jolla Symphony. He specializes in the performances of new “classical” music and has premiered dozens of works by leading composers. Moore is also an active composer, has helped release three music education apps, and is the executive director of New Music Decanted, a contemporary music organization based in California’s wine country of Napa and Sonoma valleys.

Moore will perform one of his own compositions, “Song without Words,” as well as “In Solitude,” a work by Daniel Pesca, and “Reflection for solo cello,” a work by Martin Torch-Ishii from the cello-rock band Break of Reality.

The second part of the program will feature the genre-bending duo Scroggins & Rose. Tristan Scroggins, who will be appearing live from his home in Nashville, Tenn., is a mandolinist and second generation bluegrass virtuoso. Alisa Rose, who has appeared at the Trinity Alps Chamber Music Festival in past years, is a Grammy-nominated violinist who teaches at the San Francisco Conservatory of Music. Together, they create an inviting musical atmosphere with their thoughtful, conversational arrangements and adventurous improvisations that traverse the convergence of bluegrass and classical genres.

They will each perform short solo-sets, with Scroggins offering a host of his own arrangements of traditional tunes such as “Cumberland Gap,” “Tennessee Waltz,” “Wichita Lineman,” “Grey Owl,” and “The Girl I left Behind.” Rose will perform classical works by J.S. Bach alongside one of her own compositions, “Fiddle Caprice,” and the “Tango Caprice” by Argentine composer Astor Piazzolla. Finally, the duo will give audiences a sneak preview of their soon to be released album, “Curios,” and experiment with creative improvisation over the Zoom platform.

To attend a Digital Concert, guests must register using an online form on the festival website, at www.TrinityAlpsCMF.org.

Eric Moore – Song Without Words No. 1

Performing his own arrangements: