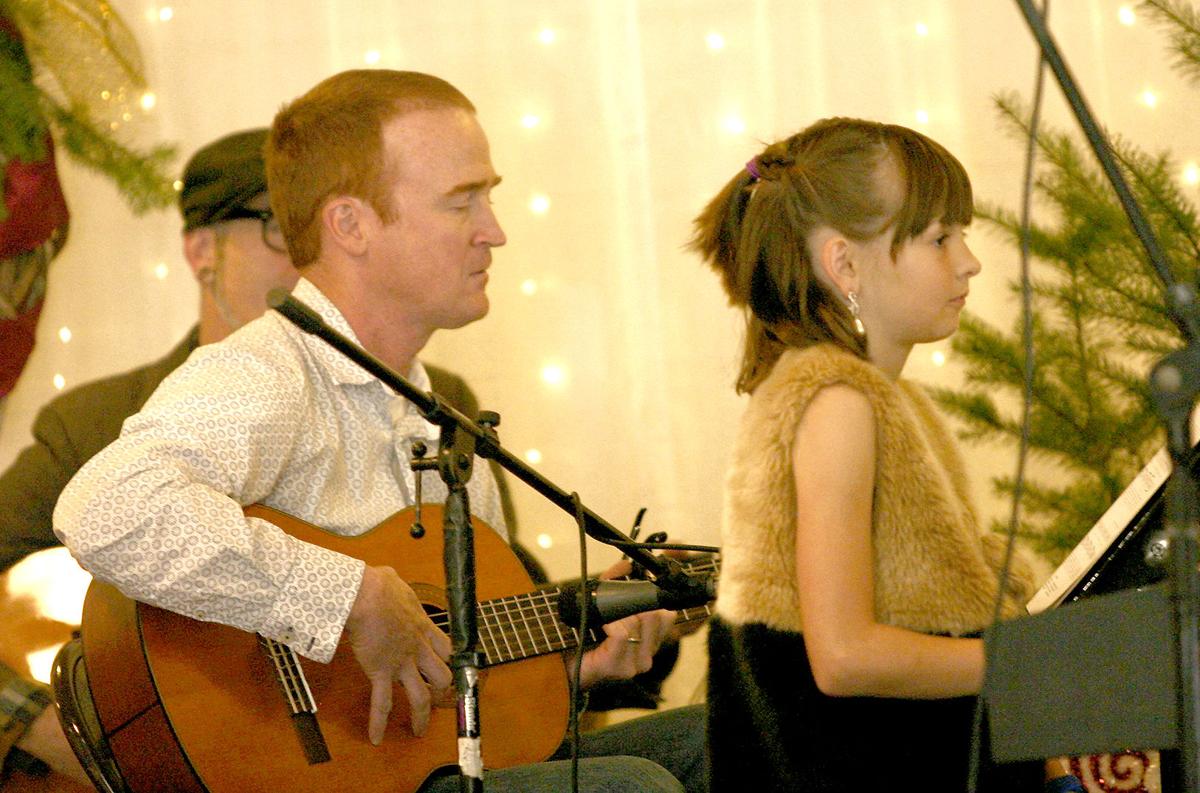 Anica Kormeier was accompanied by her father Gus on guitar. 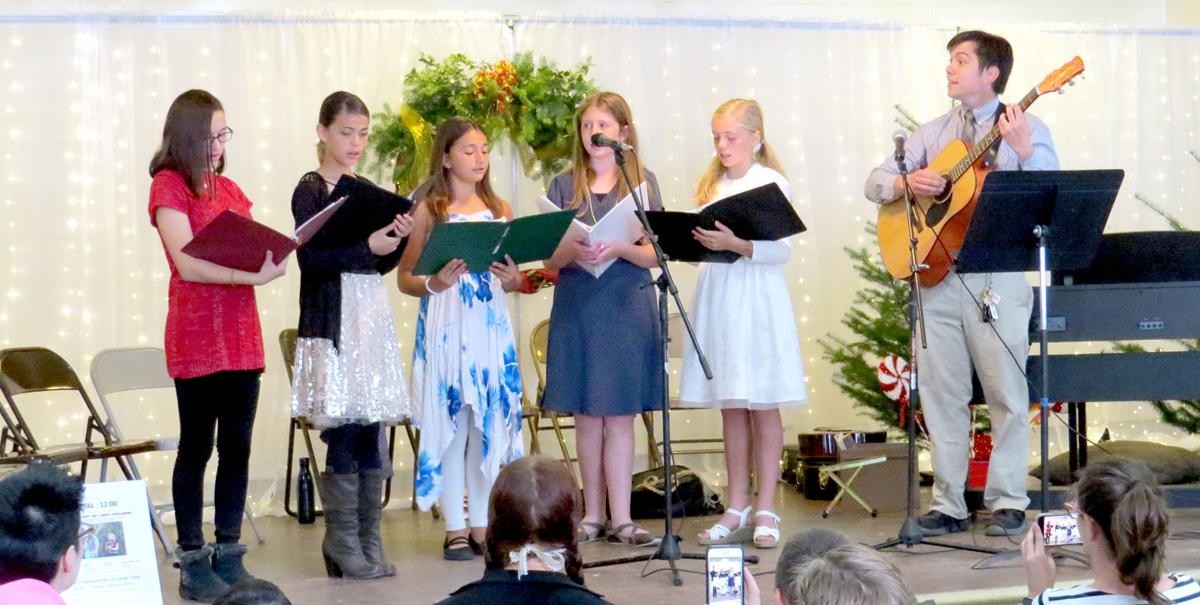 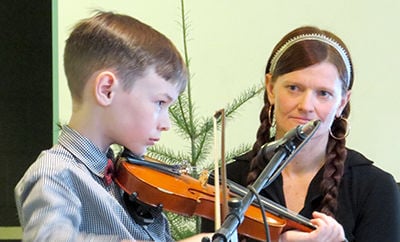 Ronan Traub plays music from “The Nightmare Before Christmas” as teacher Danyel Aglipay looks on.

Anica Kormeier was accompanied by her father Gus on guitar.

Ronan Traub plays music from “The Nightmare Before Christmas” as teacher Danyel Aglipay looks on.

A steady stream of visitors came to the Festival of Light Saturday, a tradition that started over a decade ago in Lewiston continues to give kids and their families the gift of music around the county. Along with recitals by young local performers, visitors enjoyed locally made arts, crafts and food at the Veterans Memorial Hall in Weaverville.

Organizer Elizabeth Ann Watson recalled the Festival began at the Moose Lodge in Lewiston, as part of a lodge fundraiser.

“When you’re a woman in the Moose, you do fundraisers,” she said, “so we picked art and music lessons for children at Lewiston Elementary School. At first, it was very small and it grew. It moved from there to the community center in Lewiston, and to the elementary school for a while and it moved here probably seven or eight years ago.”

She said the effort was then improved with collaboration from the Arts Council, and they have been co-sponsoring the program since.

While the event’s name may seem to suggest fireworks or holiday lights, Watson explained it has deeper meaning.

“It’s always been the Festival of Light,” she said. “It’s a seasonal festival connected with lots of different religions, and old Pagan religions where you bring the light into the garden this time of year. We thought it was symbolic of bringing light into children’s lives by offering art and music lessons. They also could get instruments, art supplies, whatever.”

Asked about the day’s attendance. Watson said the event started out strong and remained so throughout the event.

Danyel Aglipay explained that she and Taylor have been involved in local school music for about six years, starting with a couple years of one-on-one instruction and classroom instruction after that.

“Junction City (School) reached out to us about four years ago and asked if we would be up for putting together a music program,” she said, “because they didn’t have anything in place at that time.” Danyel said the school had a good collection of grant-purchased instruments at the time, so they were able to begin giving weekly instruction.

She said both her and Taylor grew up locally and returned as adults after some time away.

“It’s very gratifying,” she said. “As a kid, when I went to Junction City School, we didn’t have a huge music program. We had once-a-week singing. I always knew I loved music, so it was really neat to come back and try to be the teacher I wish I’d had.”